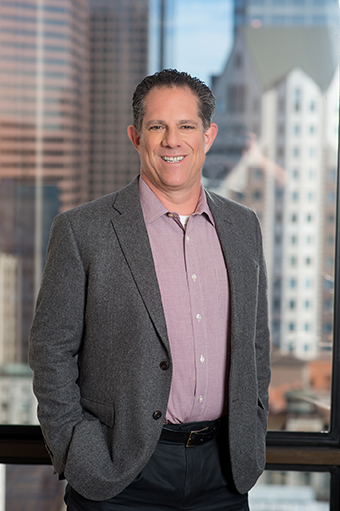 Steven J. Elie is a partner specializing in complex business, insurance and environmental litigation and counseling. Although based in Los Angeles, he routinely handles matters throughout the entire State.

Mr. Elie has extensive experience in complex environmental, insurance and tort litigation and environmental counseling. His environmental and tort litigation experience includes dozens of actions in California State Courts and Federal District Courts relating to, among other things, groundwater contamination, as well as actions brought under or involving CERCLA, RCRA, CEQA, NEPA, the Clean Water Act and myriad local ordinances before and with many City, County, State and Federal agencies. Mr. Elie has significant experience in and has been lead trial counsel in the resolution of complex, multiparty litigation and administrative actions.

Mr. Elie serves as outside general counsel to several mid-size companies and has guided those clients through myriad legal, business and regulatory matters. He is also Musick, Peeler’s  General Counsel, regularly representing and advising the Firm’s attorneys.

Mr. Elie obtained a defense verdict after a seven-month bench trial on equitable and statutory claims in Orange County Water District vs. Northrop, et al. In subsequent motion practice, Mr. Elie’s client prevailed on the remaining tort claims and obtained a complete victory for the client. This case involved a claim for more than $200 million in purported past and future clean-up costs associated with alleged groundwater contamination in Fullerton and Anaheim, California. Mr. Elie was lead trial counsel for the Firm’s client and obtained a decision from the Court that the client had not in fact contaminated groundwater or threatened to contaminate groundwater.  The Court of Appeal affirmed this finding in full.

Mr. Elie obtained judgment on all claims in Orange County Water District vs. Sabic Innovative Plastics, et al. on behalf of a publicly-traded company. The case involved a claim for tens of millions of dollars in purported future damages associated with alleged groundwater contamination. He obtained summary judgment on four of the six causes of action and then judgment after a multi-week trial on the remaining two causes of action.

Mr. Elie represented the City of Morro Bay in connection with its prosecution of a novel administrative trial under its nuisance abatement ordinances against an oil company with respect to MTBE pollution. This innovative proceeding was conceived and executed within six months resulting in the City being made whole, including all attorneys’ fees and expert costs.

Mr. Elie also represented the City of Morro Bay in connection with the design, planning, regulatory approval and construction of a proposed 1200 Megawatt power plant. In addition to analysis, workshops and evidentiary hearings in multiple substantive areas under the extensive CEC licensing process, he was also involved in negotiating and analyzing a Habitat Enhancement Program as an option to a proposed alternative cooling system. He worked with all applicable regulatory agencies including the California Energy Commission, the Regional Water Quality Control Board, California State Parks, U.S. Fish & Wildlife Service, the California Coastal Commission and the California Department of Fish and Game.

Mr. Elie successfully defended the seller of two suntan salons in a bench trial where the Plaintiff buyer claimed fraud and contract damages for the businesses that failed shortly after Plaintiff purchased them. After two days of testimony and argument, the Court adopted Mr. Elie’s argument that the Plaintiff had buyer’s remorse and held in favor of the Firm’s client on all counts.

Mr. Elie represented the City of South Pasadena on all CEQA and NEPA reviews of issues associated with the construction of a light-rail system throughout the City, including a review of noise, vibration, traffic, safety and economic concerns.

Mr. Elie also successfully represented two water providers in review of a County landfill’s proposed project to inject water into a landfill (which had already leaked contamination into the water resource) in order to increase the potential useable methane gas. As a result of Mr. Elie’s CEQA analysis and work, the proposed project was abandoned thus avoiding additional contamination to the groundwater.

Mr. Elie represented a private land development company in its efforts to design and construct several hundred homes in the Inland Empire. The project required a full review of environmental reports and related documents, and handling an array of administrative appeals related to the project before the State Water Board.

Since 2010, Mr. Elie has served as an elected Director at the Inland Empire Utilities Agency (“IEUA”), a member agency of the Metropolitan Water District which provides water, recycled water and wastewater services to over 875,000 residents in Western San Bernardino County. Mr. Elie is currently Secretary/Treasurer of the IEUA Board and also serves as a board member of the Chino Basin Watermaster. In his role at IEUA and related boards, Mr. Elie reviews and works on many of the same issues from the client perspective as he faces in his practice on behalf of the Firm’s clients.