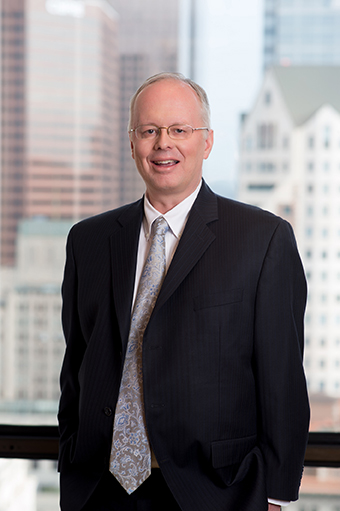 Stephen Bradford is a partner in the Firm's Los Angeles office and he leads the Firm's Corporate and Business Law Group. He is also a member the Firm's Executive Committee.

For 30 years, Steve has been counseling public and closely-held businesses and their owners domestically and internationally, helping them successfully make decisions about expansion, consolidation, succession, and a variety of other personal and business-related objectives.

A sampling of Steve's clients include the owners of several automotive dealerships; the owners of a supermarket chain; a new media services business; a nonprofit agricultural and manufacturing cooperative association; an international information systems security business; an infrastructure supplier with international operations; and a nonprofit corporation supported by the U.S. and several other governments and universities as it prepares to construct and operate the world's largest telescope.

Steve and his wife have been married for 30 years and they have three children, all of whom have graduated from public high schools in Pasadena, California, with two recently graduating from UC Berkeley and the other currently a missionary in Brazil who will be resuming his studies next year at UCLA.

From 2011 to 2017, Steve chaired a Claremont Graduate University religious community council, and he currently vice chairs the Howard W. Hunter Foundation in support of an endowed professorship and student fellowships within the university’s School of Arts & Humanities.  Steve also serves as bishop of his Pasadena area church congregation.