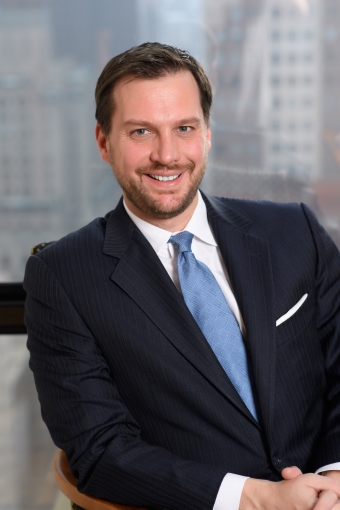 Nathan O’Malley is a partner in the Los Angeles office of Musick Peeler. He leads the Firm’s International Arbitration and Litigation Practice, where he focuses on representing parties involved in renewable energy and infrastructure projects. Nathan has advised on and arbitrated matters arising out of a range of clean energy projects, including solar thermal power facilities, waste-to-energy plants, natural gas-fired facilities and other forms of clean and renewable energy projects. In addition to renewable/clean energy work, Nathan has also acted in disputes concerning port and marine projects, pipe infrastructure and conventional energy projects, as well as for clients involved in general commercial disputes.

In the course of his career, Nathan has appeared on behalf of clients in international arbitrations seated in various jurisdictions, including appearing before tribunals in Geneva, Zurich, Amsterdam, Brussels, The Hague, Frankfurt, Singapore and Abu Dhabi. He has handled cases brought under the auspices of the International Chamber of Commerce (ICC), UNCITRAL Rules, Stockholm Chamber of Commerce (SCC), Netherlands Arbitration Institute (NAI), Swiss Rules, ICDR/AAA, JAMS and World Intellectual Property Organization (WIPO).

Nathan also acts for clients in matters seated in the United States, and has argued before state and federal courts, including the California Courts of Appeal and the Ninth Circuit Court of Appeals in cases pertaining to international arbitration. In 2017 he successfully argued the matter (for the amicus curiae) of Portland General Electric v. Liberty Mutual Insurance Company et al.,862 F.3d 981 (9th Cir. 2017), which was the first opinion of the Ninth Circuit to consider whether courts must defer to arbitrators on issues of arbitrability when the ICC Rules of Arbitration are applicable. In its opinion, the Court largely adopted Nathan’s arguments as set forth in the submitted brief and at oral argument.

Nathan also serves as an adjunct professor and as a member of the Advisory Committee for ADR Programs at the USC Gould School of Law. He has authored a number of academic articles on various topics concerning international contracts and arbitration, and has written a leading text on international arbitration procedure which is now in its second edition, The Rules of Evidence in International Arbitration: An Annotated Guide (Routledge / Informa, London).

Prior to joining Musick Peeler, Nathan was based in the Netherlands for over ten years, where he worked for several non-US law firms as an associate and partner, and was registered with the Rotterdam Bar as a foreign lawyer. Nathan reads and speaks Dutch