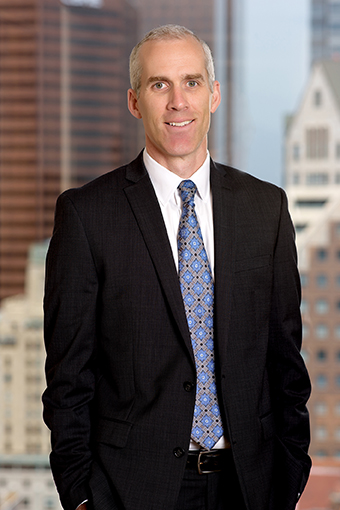 Jesse D. Marr is of counsel in the Firm's Los Angeles office. Mr. Marr defends clients in catastrophic personal injury lawsuits and class actions, as well as in labor and employment and products liability matters. He specializes in representing transportation companies, retailers, and cemeteries and funeral homes.

Mr. Marr is a skilled trial lawyer who has obtained successful verdicts for his clients in courts throughout California.

In 2007, Mr. Marr obtained a 12-0 defense verdict in a case involving an auto versus pedestrian accident in which the plaintiff pedestrian suffered two broken legs and a fractured eye socket.

In 2008, Mr. Marr tried five cases to verdict and the jury in each case returned a defense verdict.

Mr. Marr’s defense verdict in 2011 in the first expedited jury trial in Riverside County history was profiled in the Daily Journal and Verdict.

In a 2013 case in which Mr. Marr’s client admitted liability and the plaintiff sought $2 million for an alleged traumatic brain injury and neck and back injuries which allegedly required surgery, Mr. Marr convinced a jury to award the plaintiff only $8,000.

In 2016, Mr. Marr and partner Geoffrey Brethen convinced a Fresno jury to return a defense verdict in favor of Big 5 Sporting Goods despite plaintiff’s multiple surgeries and claim of more than $1.8 million in damages.

In an April 2017 trial involving an allegation of discrimination by MPG client Los Angeles Community College District, Mr. Marr obtained a judgment in favor of the District.

Mr. Marr is frequently asked to speak on topics relating to labor and employment and civil trial practice. While a student at the University of Maryland, he served as an intern at the White House Office of Public Liaison.

In addition, Mr. Marr is involved in the following community activities: