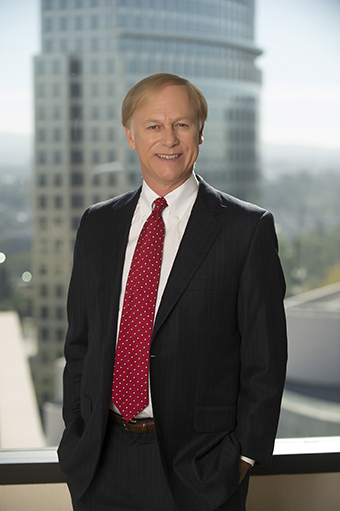 Jack W. Fleming is a partner in the firm's Orange County office where he serves as Chairman of the construction law practice. He specializes in construction and real estate law with an emphasis in the investigation, analysis, negotiation, litigation, arbitration, mediation and settlement of all types of construction disputes. .

Throughout the past 35 years, Mr. Fleming has developed a particular expertise in the handling of complex claims and disputes involving public works and commercial construction projects.  He is intimately familiar with issues relating to disruptions, delays, design errors, extra work directives, constructive changes, acceleration and default terminations that typically arise in construction disputes.  He has been personally involved in a wide variety of construction projects, including airports, bridges and highways, university and government buildings, subway and light rail construction, power plants, hospitals, prisons, convention centers, parking structures, hotels, theme parks and office buildings.

Mr. Fleming has been lead counsel on a number of high profile construction cases involving public works projects.  Mr. Fleming recently served as lead counsel for the FCI/Fluor/Parsons Joint Venture, the design-builder for the $600 million Exposition Light Rail Line project located in Los Angeles.  Mr. Fleming assisted the joint venture in resolving more than $100 million of claims concerning this project.  During this process, a number of extra work, design and delay claims were arbitrated before a Disputes Review Board.  One of the cases he handled for the joint venture involved the defense of a subcontractor’s claim for prompt payment penalties.  This case resulted in a favorable decision recently issued by the Court of Appeal.  Blois Construction, Inc. v. FCI/Fluor/Parsons, (2016) 245 Cal.App. 4th 1091.

He also served as lead counsel for the general contractor in a complex case concerning the construction of the John Wayne Airport in Orange County. In this matter, the contractor asserted more than $30 million of claims for extra work, design defects, delays and acceleration involving the construction of a new Terminal Building, an elevated roadway and an adjacent parking structure.  One of the unusual aspects of this project was a redesign of the structural steel in the Terminal Building following the award of the construction contract, resulting in a multitude of design changes and coordination errors.

Mr. Fleming represented the Port of Los Angeles in a dispute concerning the construction of a lift bridge over the Cerritos Channel.  This case involved more than $40 million of contractor claims for extras and differing site conditions, as well as allegations of False Claims Act violations asserted in a cross-complaint.  After successfully litigating the issues raised in the cross-complaint before the Court of Appeal, resulting in a published decision entitled Kajima Engineering and Construction, Inc. v. City of Los Angeles, (2002) 95 Cal.App. 4th 921, the case was resolved in a successful manner for the Port.

Mr. Fleming has obtained favorable results for his clients in numerous other cases. In one matter which resulted in a reported Court of Appeal decision entitled Pacific Custom Pools, Inc. v. Turner Construction Co. and Universal City Studios, Inc., 79 Cal.App. 4th 1254 (2000), the Court dismissed a $2 million claim brought by a subcontractor against a theme park owner, Universal Studios, and the general contractor due to a suspension in the contractor's license. In a similar case, the California Supreme Court dismissed a subcontractor’s claim valued at more than $1 million due to the contractor’s failure to obtain a license prior to the start of the project.  MW Erectors, Inc. v. Niederhauser Ornamental and Metal Works Co., Inc., 36 Cal.4th 412 (2005). This case has been widely publicized, and is cited as the definitive authority concerning the enforcement of the contractor licensing statute.

Mr. Fleming has had significant experience as an arbitrator and mediator of construction disputes.  His background in engineering provides an added dimension, which enables him to provide incisive advice and input in the dispute resolution process.  Mr. Fleming is a member of the National Panel of Construction Arbitrators for the American Arbitration Association, and the Panel of Arbitrators for the Office of Administrative Hearings for the State of California.

Mr. Fleming is currently serving on the Construction Advisory Board for the Diocese of Orange overseeing more than $100 million of construction work, and is the President of the Cornell Alumni Association of Orange County.  Mr. Fleming is a member and past chairman of the Associated General Contractors of California Legal Advisory Committee.