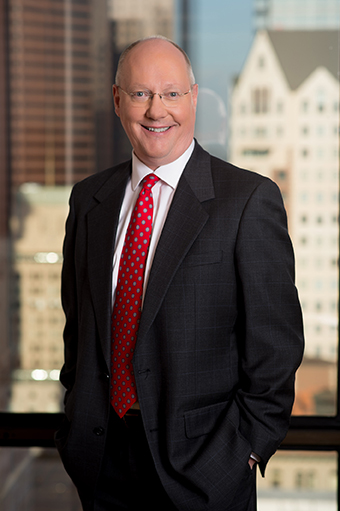 Peter J. Diedrich is a partner in the Firm's Los Angeles office, practicing in the area of complex civil litigation with an emphasis on construction, as well as commercial and real estate litigation.  Mr. Diedrich also has substantial experience in cases involving director and officer liability, corporate governance and control, unfair competition, and complex contract issues.

Over the last 30 years, his practice has regularly included the litigation, arbitration, and settlement of all types of public construction and government contracting disputes.

Among the construction cases in which Mr. Diedrich has been recently involved are:

Throughout his career, companies in various industries have also turned to Mr. Diedrich for assistance on a variety of significant commercial litigation matters. Below is a sample of his experience:

While attending law school, Mr. Diedrich was a staff member and editor of the journal Law and Policy in International Business.

Mr. Diedrich has been selected as Southern California “Super Lawyer” each year from 2005 through 2008 by Los Angeles Magazine.

Mr. Diedrich is affiliated with and has sat on the Board of Directors of, the Boys and Girls Aid Society of Los Angeles County, better known as “Five Acres.”  Five Acres is a leading child and family services organization that promotes safety, well-being and permanent homes for children and their families. Founded as an orphanage in 1888, today Five Acres offers an array of services including residential care and education, a non-public WASC accredited therapeutic school, mental health services in homes and schools, foster care and adoptions, and domestic violence prevention.